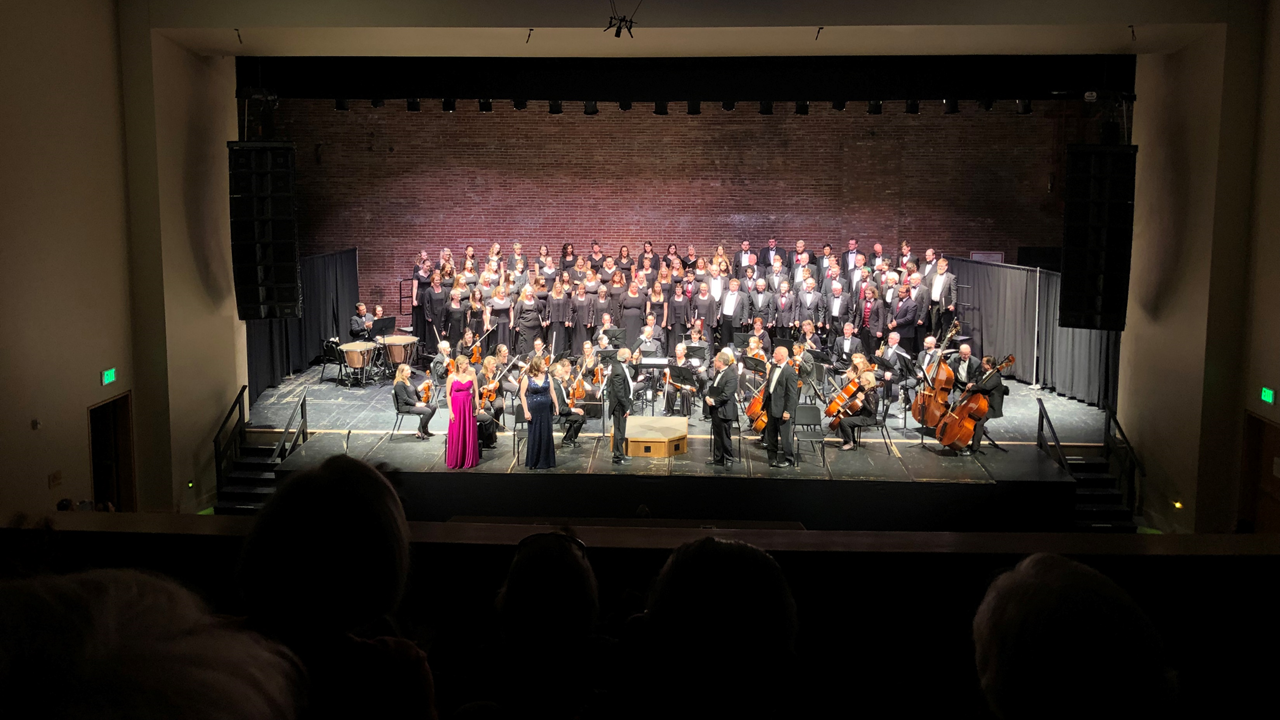 MORE PATRONS MEANS MORE SPENT WITH LOCAL BUSINESSES *
In addition to their ticket purchase, patrons of The Avalon Theatre currently spend an average of $23 per attendance with local businesses for food, lodging, and shopping. Expanded capacity is projected to increase attendance by 54%, resulting in annual indirect income to local businesses of $1 to $2 million.

CONSTRUCTION PROJECTS ARE A BOON FOR THE LOCAL ECONOMY
The first phase was a substantial construction project helping to create jobs and support local building trades, associated businesses, and supporting industries. Based on economic development multipliers, every $1 spent in construction generates $1.85 in local earnings and $1.99 in local employment.

INCREASED GROSS REVENUES *
Expanded programming and events are projected to increase gross revenues by as much as 100%, or double that of current gross revenues.

INCREASED TICKET REVENUES **
The average ticket price at The Avalon is currently $13. Though many offerings may retain a lower ticket price, people are willing to pay a higher ticket price for bigger acts. In fact, in the 2010 Avalon Study, respondents said they would pay as much as $33 per ticket for higher-level performances, which would result in substantially increased gross revenues. At full build-out, the Avalon Cornerstone Project will equip the building appropriately to appeal to the type of performances that will garner higher ticket prices.

SUPPORTING TAX BASE
Projected increases in indirect revenues would also yield an increase in supporting tax revenues. Many of these dollars will come in the form of sales taxes from out-of-town visitors through their purchases in local businesses.

NATIONAL ATTENTION
During the first phase, 200 seats were added to the theater. This additional capacity brings the theater to a more competitive venue size able to attract the more diverse events and performances, a league from which it was previously excluded. This additional capacity will have a substantial positive impact on The Avalon’s economic operations and profitability.

REGIONAL HUB EFFECT
The expansion of the Avalon Theatre increases the regional draw to the Grand Valley. As a newly renovated and expanded venue the theater effectively anchors the east end of the downtown shopping complex, further solidifying it as a regional destination. This status draws a larger out-of-town and tourism base. On average, visitors are typically willing to pay 66% more for a ticket, in addition to local spending on food, lodging, and shopping.

Cultural enrichment is key to attracting and retaining good businesses and in building community strength through shared experiences.

METRO TALENT DRAW
Situated halfway between Denver and Salt Lake City on the Interstate 70 corridor, and with excellent air service to Las Vegas, The Avalon Theatre is well positioned to capture high-caliber performances, speakers, and events.

NO COMPARABLE FACILITIES **
Event planners and respondents to the 2010 Avalon Study said there were currently no facilities comparable to a fully renovated Avalon Theatre. Nearly two-thirds of those surveyed said they would use the new venue. Civic organizations were chief among those interested. Business and religious organizations also indicated high interest.

EXPANDED PROGRAMMING **
Respondents indicated that 64% of the activities they would bring to the renovated theater represent a growth in the overall programming offered in Grand Junction — either newly developed activities, events, and performances or expansions of existing programs. Examples of new uses possible in a fully renovated facility include:
* Grand Junction Visitor and Convention Bureau
** 2010 Avalon Theatre Study by AMS Planning & Research